Most people have heard of someone ‘waking up with the claps’, referring to gonorrhoea. Most people have also heard of ‘the gift that keeps on giving’, referring to herpes. When the term ‘crabs’ is used to describe pubic lice, someone chuckles or laughs (to be fair, imagining miniature crabs in your pants can be amusing). Perhaps it is the seriousness of these conditions that cause us to treat them as jokes and things that you have to be really unfortunate to contract. Alternatively, perhaps we should all learn to take ‘safe sex’ a little more seriously. But, where is the fun in that, you say?

Safe sex, when it comes down to it, is simple hygiene. Wiping your hand on your sweaty, bacteria-ridden forehead, and then wiping it on someone else’s face is considered extremely unhygienic, and can quite realistically lead to a rash or infection (even a punch in the face from the other person if unlucky). So why on earth would we consider taking some of our most bacteria-laden body parts (our genitals) and sharing them with each other? Because, it’s fun. Obviously (I tend to think so anyway!). 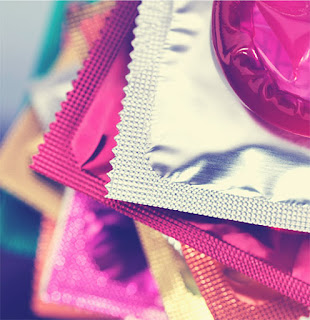 With that said, it is very unhygienic, and there lays the root cause of contracting an STI. While advances in the field of medicine are commonplace, there are still STI’s that are untreatable, and those that are treatable can cost a lot of money to cure or treat. A set of statistics from 2008 in the U.S.A. stated that 110 million Americans carry STI’s. That is a staggering amount of disease potentially running rampant when the preventative measures are rather simple and are generally taught to everyone at a young age (especially in the western world). Those preventative measures are surprisingly simple when summarized: Wash your hands, wash your genitals, and wear a condom. If everyone who has sex follows these basic steps beforehand, the chances of contracting or spreading an STI is significantly reduced.

It is extremely important to be aware that even though you may have had unprotected sex, and there are no immediate signs, you may still have contracted an STI. Often, the symptoms don’t show for many months, possibly even years. Within these sorts of time spans, the number of people who have come into contact with your infected genitalia, may in turn have had unprotected sex with others, spreading the STI further. An innocent romp can potentially create many casualties, some of these fatal. The message is clear: wear a condom. Wear a condom. Wear a condom!

If you want to know more and be in touch with me: http://www.arianasexology.com/
Posted by Armin Ariana at 2:22:00 PM